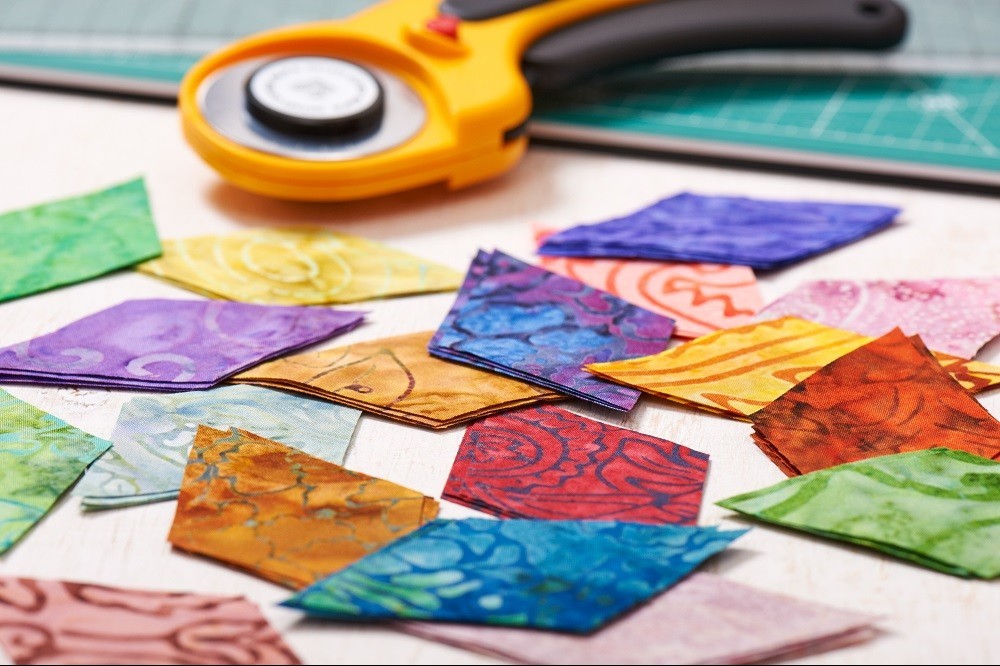 By the term patchwork, the quilters mainly refer to a piece of fabric created whenever the smaller pieces or patches are sewn well together.

You can always make a patchwork creation by just joining the identical or same shaped fabrics into the larger one.

They form a beautiful and unique design when different patterns of fabrics are brought together.

In the quilting section, the patchwork fabric is made with the help of individual quilt blocks. Sometimes, this type of patchwork is known as piecework and the act of making it is called piecing.

Well known for its quilting patterns, this form of work is often found in handbags, garments and bed quilts.

A Bit of History – The Origin of Patchwork Fabric

Patchwork fabric is believed to have its origin around 5000 years ago. There is clear evidence that people in Egypt and China were quilting multiple layers of cloth for making their warm clothing and also warm bedding.

The armor made out of quilted fabrics were also seen to be worn by Japanese soldiers.

In the early 11th century, as the climate started getting colder in Europe, the bedding made out of the same quilt-based fabric was very common during that time.

Later, this led to some development and creativity of the beautiful designs and patterns as stitched on larger cloth pieces.

In the last few centuries, the American migrants took up this art form and Patchwork and quilting eventually spread all over the world. 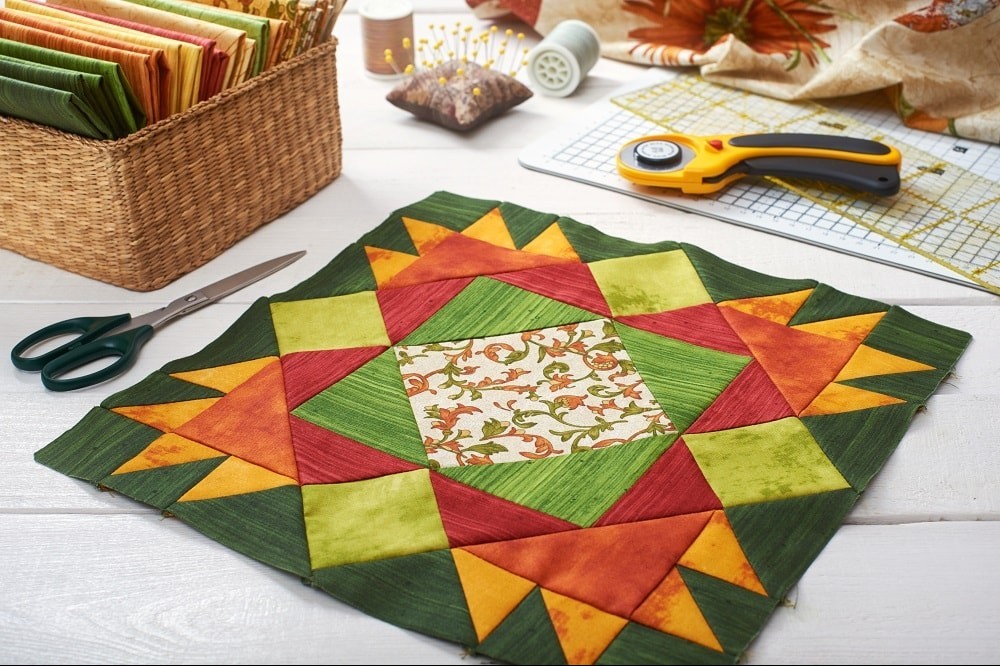 The Current State of Patchwork Fabric

At present, even though the patchwork fabric is quite in vogue in some parts of the world, it is also gaining quite some popularity in the interesting and curious marriage of the ancient craft with a touch of modernistic fabric and designs.

Right from the random designs on the apparel using various fabrics to proficient usage in ancient handicraft for embellishing sarees made of cotton and silk, this art form is evolving and simply getting better as well as enduring with time.

However, the age-old ethnic designs still have a universal appeal.

Creating an attractive design using smaller pieces of fabric are regarded as proficient examples of patchwork by people. These patchwork fabric options are widely used during the chilling weather for keeping the body warm.

The entire work is further completed within a layer of fabric where patches are rightfully facing the top.

There is a wide range of stuff that can be made by the use of patchwork fabrics, like bags, wall hangings, shawls, fancy skirts and so on.

Patchwork garments were often considered to be profitable business during the great depression as it is easy to recycle some of the worn out clothes to create something new. Although the traditional patchwork was done by hands, modern quilt makers are taking help of sewing machine for the same. 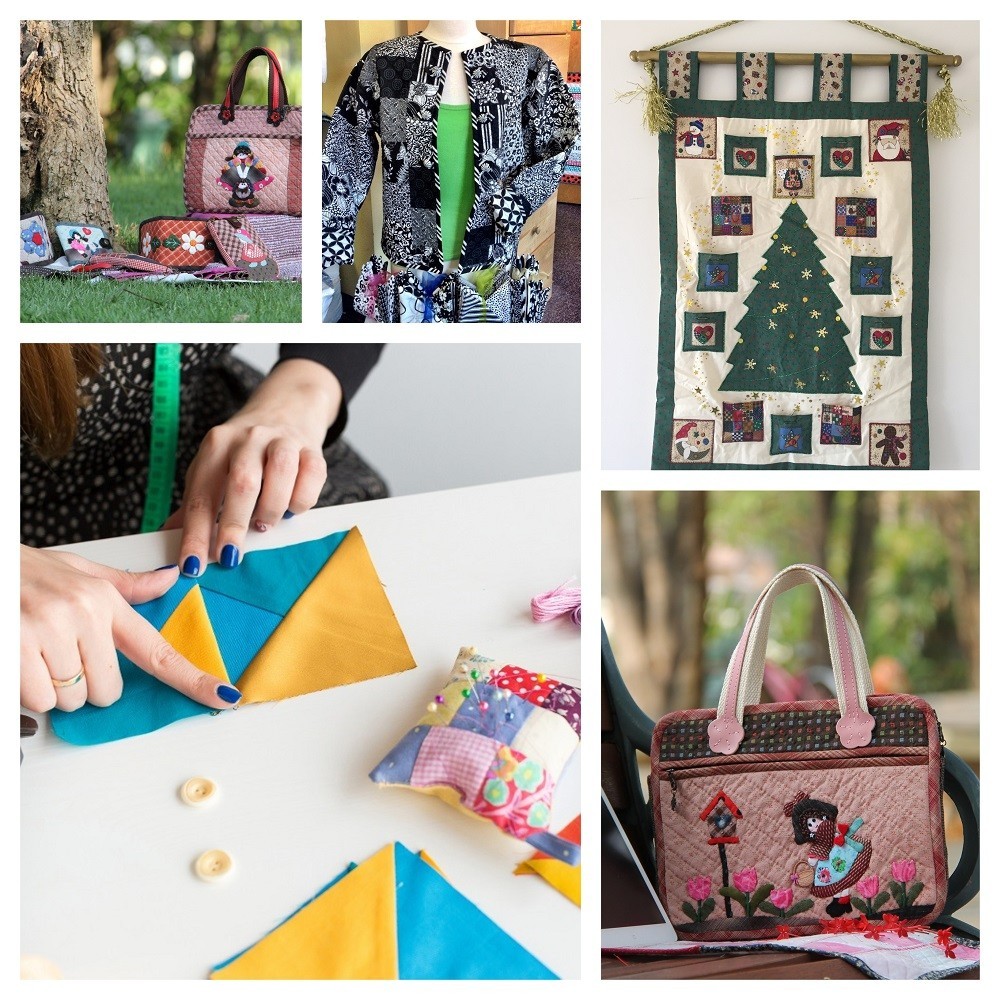 Before you start using such fabrics, you might want to learn more about the types of patchworks as widely seen these days.

Each design is made using different types of patchwork fabric. You can choose the design first before addressing the fabric and then make a little bit of investment for the same. The appeal of patchwork fabric is still the same as was in previous centuries.

Hence, they are a highly dominant and most admired form of art.

Alyssa Moylan is an ordinary woman from Australia, a writer by day and a reader by night. She writes on various topics like home improvement, business, lifestyle, health, travel and fashion. She likes to think of ways on how to solve daily life problems of people. Follow her on Twitter to stay updated.

Have you had the joy of working with patchwork fabric?  Do you purchase specific fabrics before you start quilting or do you just use off-cuts in your sewing room?