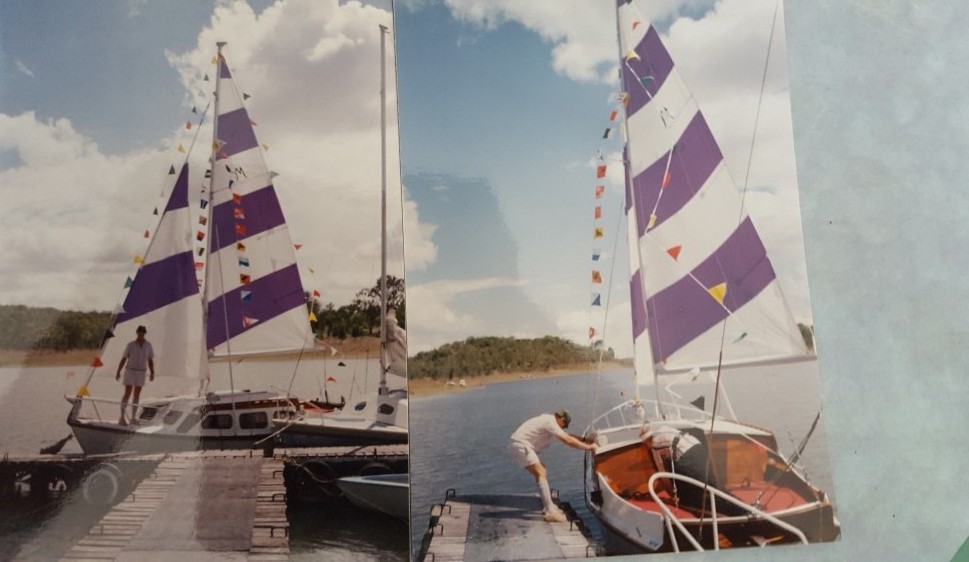 What a wonderful experience it was for me to interview Ted Mirtle about his @artisticdesigninwood. There was so much to learn about and such a huge amount of interesting work that he has done, that it took a few visits to get all the information I needed to try to do this great artist and exceptional craftsman, justice. 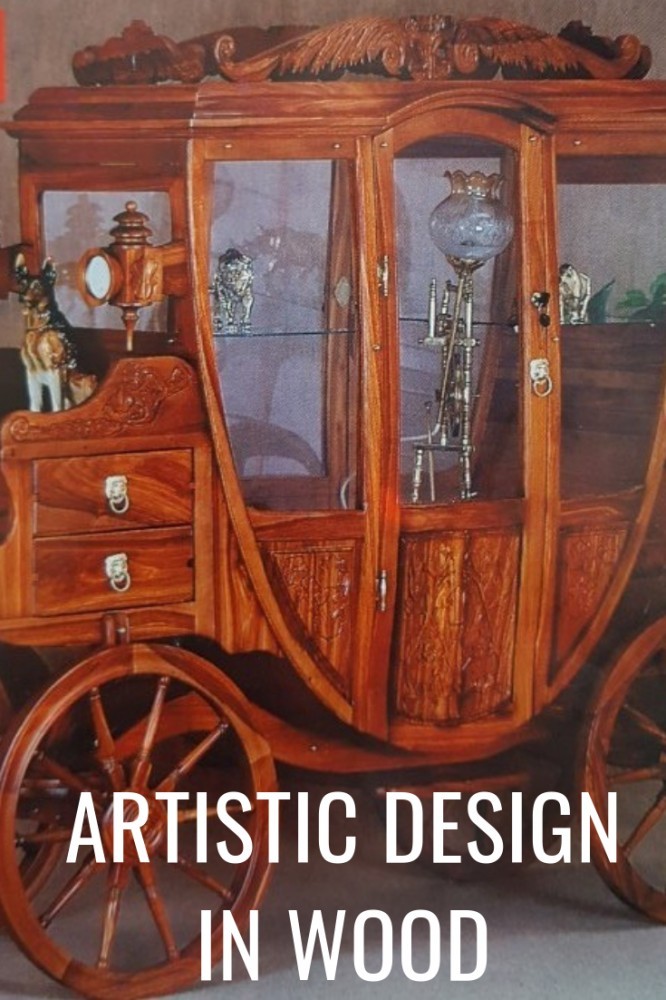 Ted comes from a family of Entrepreneurs. His Grandfather arrived from Scotland, after serving in the army in India., The Mirtle’s settled in Bulawayo (in the then Southern Rhodesia), in 1895, to farm.

His wife, Granny Mirtle lived until the ripe old age of 101. She opened a Restaurant, named “Duke of Fife”.  Specialising in Pork Pies, Haggis and Shortbread. She saw the first trains and cars during her lifetime.

It is no small wonder then, to see how well Ted dealt with any difficulties he encountered, How he rose above them to have a thriving furniture factory enabling him to put his talent into creating such wonderful pieces of #artisticdesigninwood.

Needs Must When the Devil Drives

After Ted leaving school in 1955, Ted’s father gave him a job as a builder in his company. The sanctions imposed during this time made it impossible for the building trade to continue, so once again Ted had to made do with what he had.

He then went to Zambia to work on the Roan Antelope Mine for four years. Due to the Zambian Independence, there was no longer work for him on the mine.

He and Margaret married in 1964 and by 1967 when work was hard to come by, and realizing that he now had more responsibilities they decided to move to Bulawayo, Rhodesia. Cheryl, their daughter was born in Luanshya, Zambia in 1966 and their son Glenn was born in Bulawayo in 1969.

For 28 years he was involved in the Territorial Army in the capacity of what he calls, “The Reluctant Rifleman”, until in 1980 when this painful period of the bush war ended, and Zimbabwe was formed. 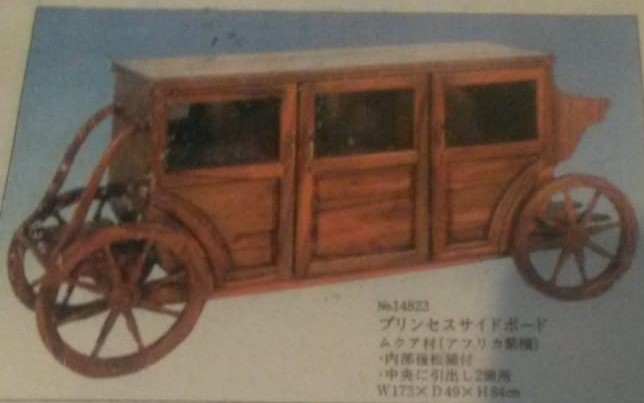 On a piece of land Ted bought in 1967, he decided to build a furniture factory and Mirco (Pvt.) Limited was born.

His brother Bob had started a radio business and required someone to do wooden furniture for retail. Bob continued to be a valued customer. Without any previous woodworking experience, Ted decided he would master this Craft. And master it he did.

He bought a 2000sq..ft building and added an extension built of truck chassis and the Spray Bay made with a hessian screen and used old steam machinery, which he converted to electricity and not knowing anything about woodwork he started his business. He built Block 2 as the business grew.

Ted had a Robinson Rochdale – England four cutter with the original name plate B & MR (Beira & Machanaland Railways). This had bronze cone bushes not bearings. This shows just how old the machinery was.

In 1968, with Ted in charge of Production and Design, his brother Richard joined the business in the capacity of Accountant, Sales and Admin.

Richard also promoted the business by going to Trade Fairs in Germany, America and Japan.

By this time there were 10 people working for Ted and this number went up to 350 over the years, due to expansion into Timber Mills, Retail, and other business ventures.

Extending the Factory in the 1980’s 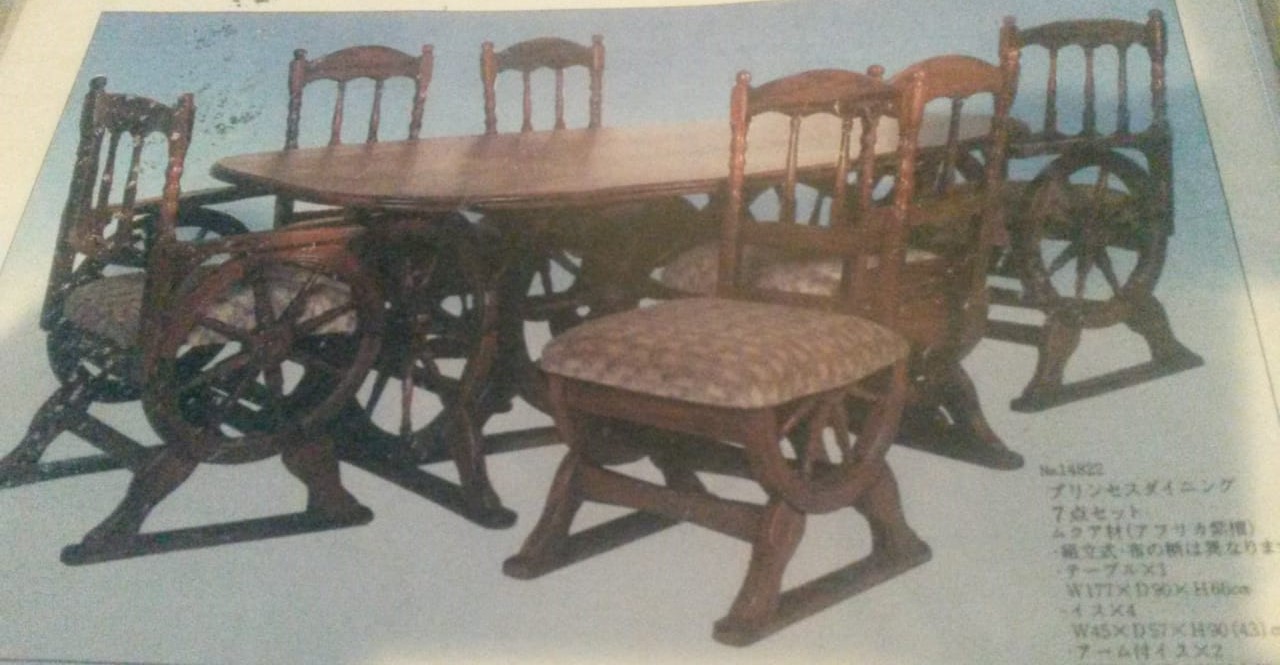 Realizing that the factory was becoming too small they decided to buy a couple of plots of land, and, when the demolition of the Balmoral Flats by his brother, Bob, around the corner took place in 1969. They salvaged everything.

To save on costs they transported everything salvaged from that building site to build Blocks C and D.

The bricks, roof sheeting, window frames, glass recovered from the frames, rafters, everything recovered was used. All the while, the work in the factory was going on.

Half bricks were laid as flooring. Toilets were recovered and installed. Not a thing went to waste.

The roof cost more than the building. This was cut with hacksaws and welded. They hoisted the girder with gum poles. This was all checked by Structural Engineers.

The work began in September and they moved in the following January.

It took four months to complete this mammoth task.

During this time Ted was in the Territorial Army and this meant 6 weeks in and 6 weeks out for both him and his brother, Richard. 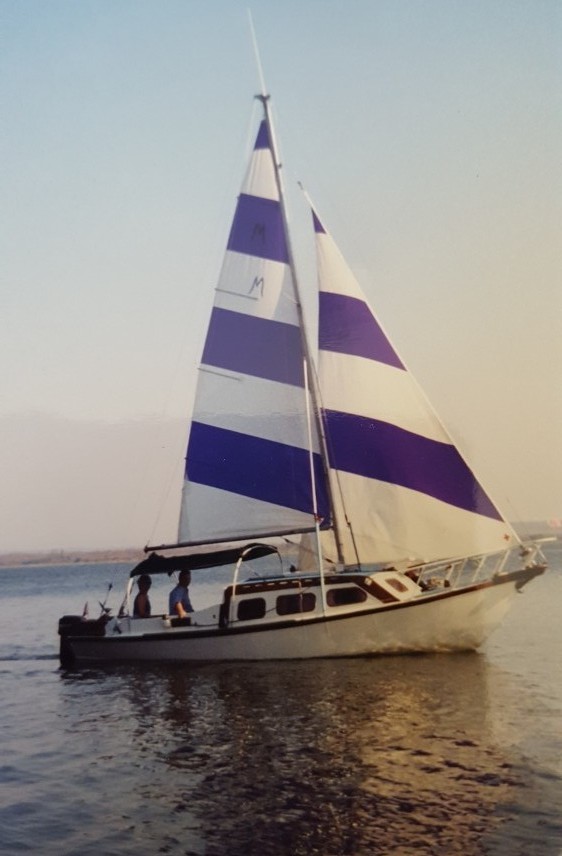 It is so hard to imagine how, with all the building, having to be away, that work still went on and so did life.

Besides all the wonderfully crafted furniture designed and made by Ted, he also built six sailing yachts. They kept one and sold the others. They enjoyed sailing on Kariba and their local dams.

What a wonderful way for the family to spend time together. This “caravan on water” was equipped with a solar shower all manufactured and installed, by Ted.

They kept the business going by making glassfibre tables and chairs and canoes but of course their mainline was designing and making furniture for which they required enough timber. They used Kiaat (Mukwa), and some Rhodesian Teak.

Because of UDI, there was no foreign currency and they determined the need to find a way to get onto the export market. This became a priority. So in 1980, Richard attended a Trade Fair in Germany.

They needed more people to see their good furniture. The most popular being the Zeederberg Suite. Ted made machinery to make the wheels.

Whilst displaying their furniture, he met three Japanese men who were very taken with the quality of the workmanship and they ordered each a container of the Ships, (Dromedaris/Mayflower) at $1000 per item. Each container carried 18 ships. Their order was approximately two and a half containers per month.

The main Countries buying from them were Germany, Canada, Japan South Africa. The Japanese were the most supportive customers. They ordered repeatedly.

The Model of Queen Wilhelmina’s Carriage 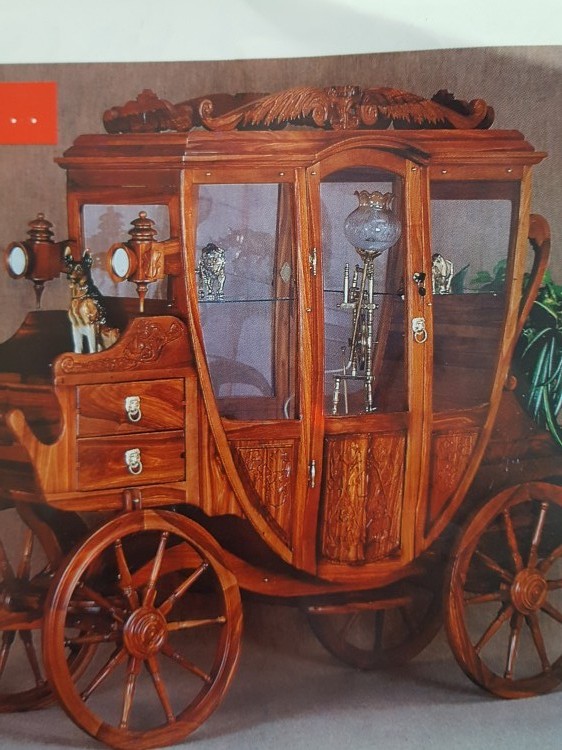 A day after I interviewed Ted and heard of his work and looked through his Mirco Catalog and saw the wonderful work they did and all the furniture he designed, the most amazing thing happened. 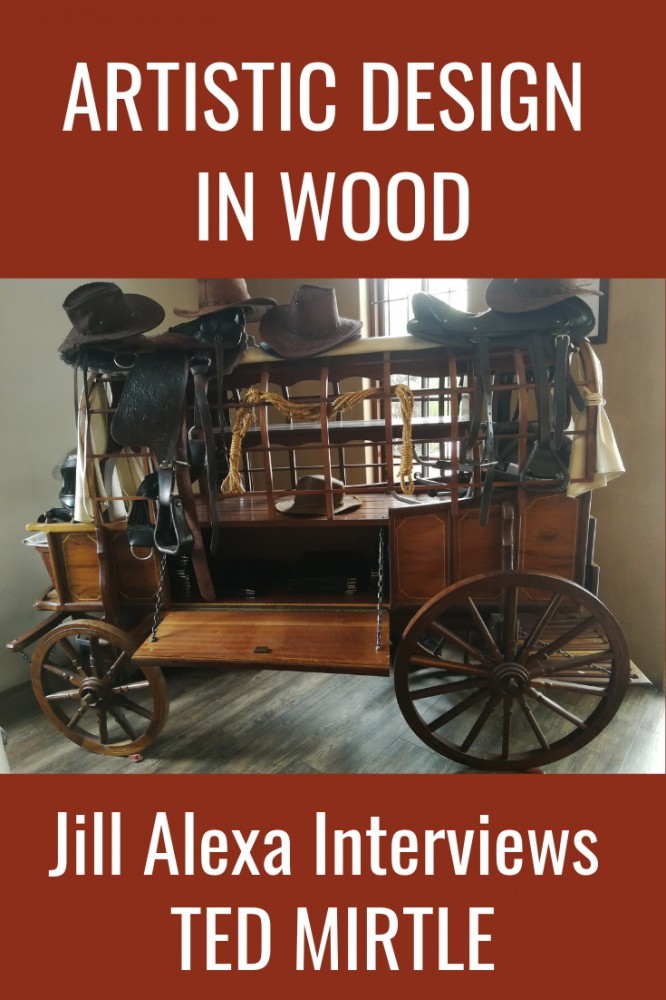 By pure chance, my daughter Lauren and I went to the Black Bull Steakhouse in West Beach for breakfast, as we went through the main entrance, low and behold there was a beautifully crafted “Trek Wagon” (this is called a Kakkelbeenwa here in South Africa).

After just seeing the work done by Ted, I was convinced that this was a piece made by him and I asked the manager if I could take a picture of it as I knew the person who made it. “Sure”, He replied, “We get requests for photos all the time”.

When Ted and Margaret visited two days ago, I showed him the photos and he immediately recognised it as one he had designed and made. He explained that there would have been a Grease pot, a kettle and also a water butt hanging underneath the wagon. I am not sure if they are still there but next time I go into the Black Bull I will check.

Capetonians, if you haven’t been to the Black Bull, it is really worth a visit, not only to see this “Trek Wagon”, but also for their amazing food.

I sincerely hope you have all enjoyed reading this post and feel sure you will also be in awe of the work and strength of Ted, his strength of character of this great talent to work wonders in the #artisticdesigninwood.