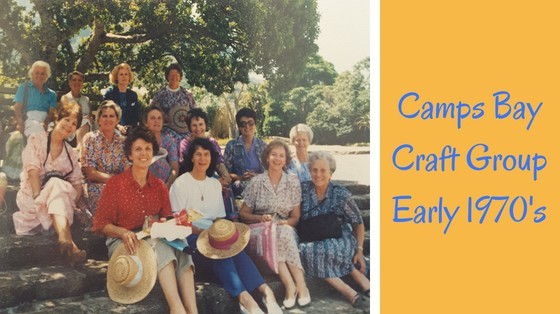 There are so many ways one can choose to express our creativity, through Art, Poetry, writing and for some people, it is to use the #artisticexpressionthroughcrafts. It fulfills the need to be creative as there are so many choices.

In the 1960’s or early 1970s, a group of ladies formed a branch of the Quilter’s Guild and began meeting in the United Church Manse to learn from each other or to teach quilting skills. After a number of years, the focus of the group changed and they decided to leave the Quilter’s Guild but continued meeting to learn other Crafts. They duly formed the “Camps Bay Craft Group”. The name of the group has changed to the Camps Bay Nattering Needlers Group”. 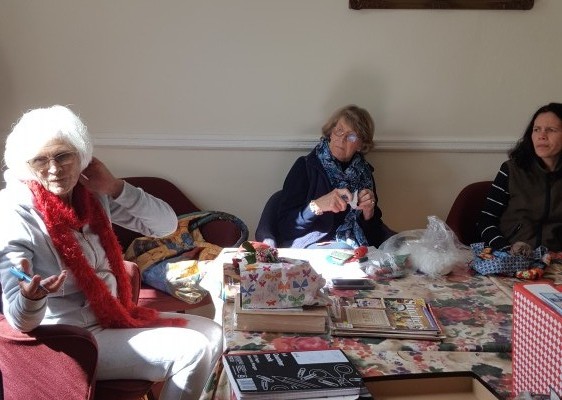 A week or so ago, I had the pleasure of visiting “The Camps Bay Nattering Needlers Group” to see what it was all about and meet the lovely ladies that attend the group. The “meeting” began with a delicious meal provided by my friend Pat Jenner, who had invited me to the group. The ladies take it in turns to provide the luncheon. It was Pat’s turn that day and the food was scrumptious.

Initially, this was a morning group but due to the increase in volume in the traffic, it was decided to change the time to avoid the worst of the traffic. Some ladies travel long distances to get to the meetings.

The meeting takes place every Friday at 12noon in a beautiful, large house, which was built in 1857 and bought as a Community Centre for the Senior Citizens of Camps Bay. On the day I visited there were eight ladies who although did indeed natter still kept their hands busy with handwork they had brought along to do.

Their dedication to the group is, I think, due to the wonderful bond of friendship they have forged over the years. Some members I met have been attending since the latter part of the 1970s. Another reason is that they all active and partake in any of the meeting planned. They are more than happy to learn new crafts. What a lovely welcome I received and they were more than happy to share the stories with me of some of the #artisticexpressionsincrafts they had made over the years,

The enthusiasm shown by this fun-loving group was so infectious, it made me want to rush home and begin a new craft of my own.

Many of the items they make are for various charities. 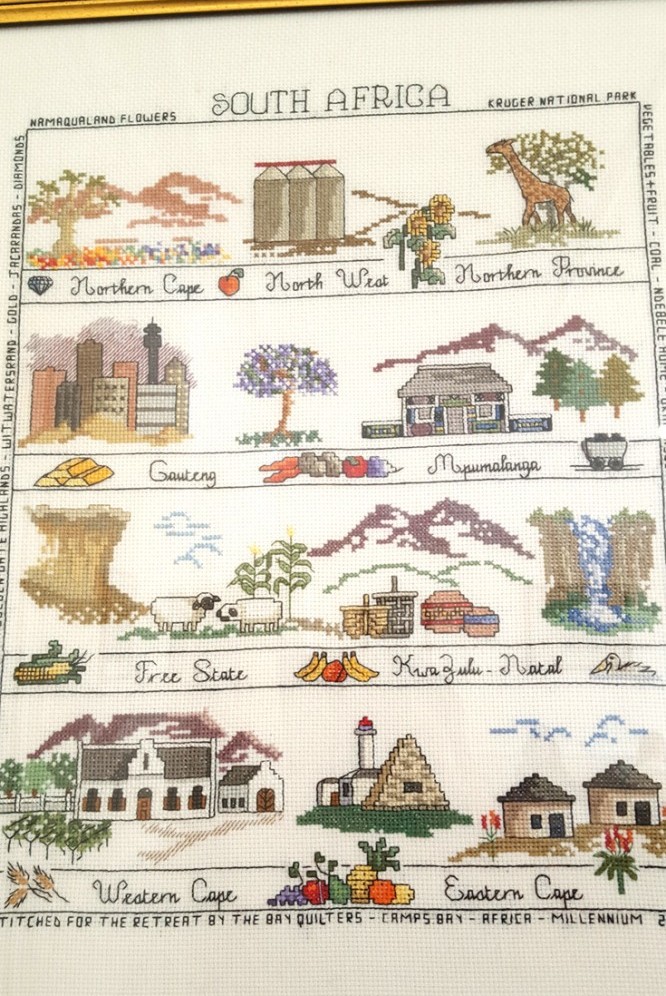 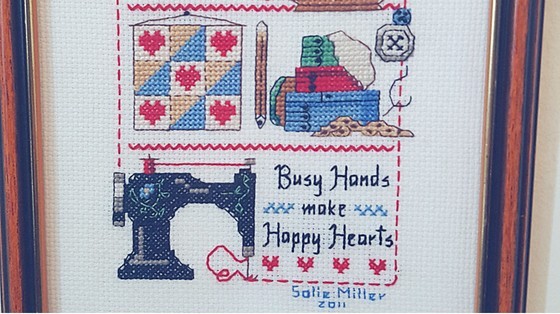 Messages from the Members

Coleen is Secretary of the Group and she told me about the wonderful Christmas themes and how they transform the room in which we met, into a virtual wonderland, depicting the chosen theme.

Two or three members choose a theme and organize the food and decor to suit the theme.

Here are some themes they have chosen over the years.

Fortunately, they have kept a number of lovely photo albums which I looked through and saw just how much trouble they went through to make these truly memorable events.

Obviously, they were loads of fun to prepare for and were enjoyed by all.

Joyce is the longest serving member and has been attending these meetings since 1970.

This is what she had said, “Fridays with the Nattering Needles, is a must! To have a friendship like this is really special. We have made so many things. Never stopped “learning” and that is so important as one gets older, especially as one as ancient as I! 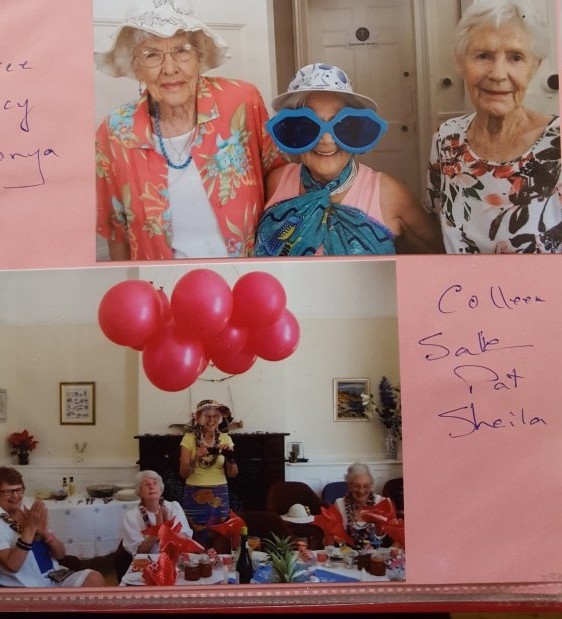 Colleen told me of Patchwork Christmas Stocking they made, filled them with sweeties and toys for the children at the Somerset Hospital. Can you just imagine the joy that brought to those little ones?

Spending the time with this lovely group of ladies from so many areas was very interesting. They were all so positive and even when Pat told me that she wasn’t much of a “needleworker”, which I know for a fact is not true, as I know her well. It was the fun they have in working together that shone through.

Salie said she joined in 2004 after meeting Joyce two weeks before in Houtbay, at Joyce’s house. She went there to buy a doll she had seen at the Teddy Bear Market, which Joyce had made. They became immediate friends and Joyce invited Salie to the meeting but Joyce felt it was too far for Salie to travel as she lives In Parrow North (behind the Boerewors curtain). 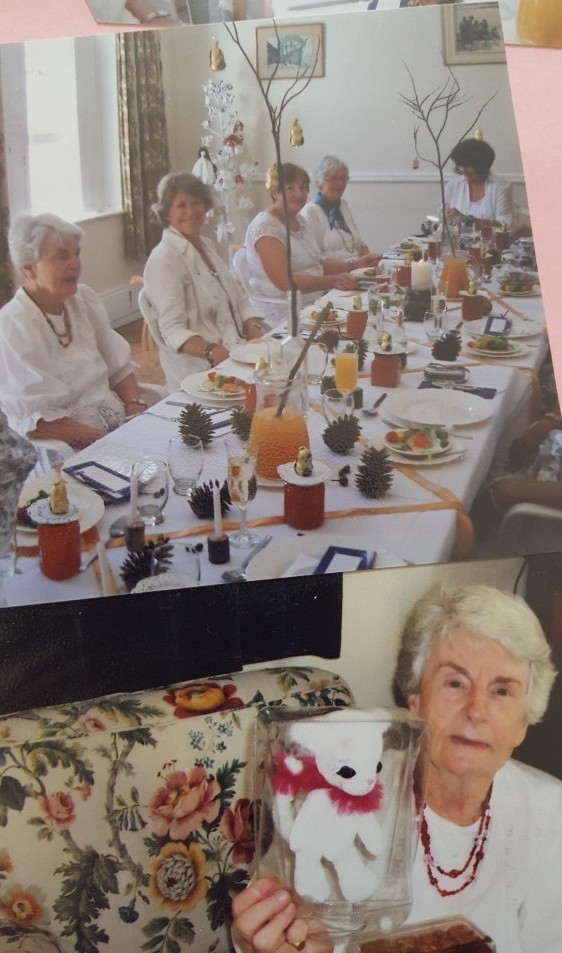 Salie told Joyce, Pretoria is far and London a little further but not Parow.

Her next words were “I love this group”.

Love is what this Group exudes, among themselves and to others. It was a pleasure and privilege to meet them all.

Now we can all be inspired by Stephanie, Les, Colleen, Mercy, Sheila, Pat, Elaine, Salie, Joyce and Elize as we think of them on a Friday at noon, meeting faithfully for the Nattering Needles Craft Group.

Perhaps you belong to a Craft Group and would like to share some of the wonderful Crafts you have learned. Or you have been moved to make things for a Charity in your area and want to tell us about it. I would love to hear from you.