Gone are the days that we had to lug a huge amount of photographic equipment around to be able to take #beautifulpictures which we would then paste the photographs into an album. This would be brought out now and then, very occasionally I might add.

If you had a video camera back then it was also a mission, nothing like the way we take most photographs and videos with the phones which seem to be permanently on hand, or in hand, whichever you prefer.

For goodness’ sake, not in the back pocket of your jeans. We all know what happens to it then.

My husband was a very keen photographer, taking numerous weddings and other events. He had a dark room and pictures hanging from a string, or wires, strung across the room.

Woe betide you if you entered the room at the wrong time and let in the light. It was a big production.

All this meant that when we moved from a house into an apartment with much less space, many photographs were turfed out.

Some of them were of people I had never seen before, so that was no problem. The problem was the decision of which of the others to keep and which to get rid of. Making this decision and then carrying out the dastardly deed took a very long time.

Eventually, it was done but I still sit with many albums and bags of photographs. Now and again I go through them and they bring back so many memories, which is what they are there for.

I thought this would be a good thing to show my husband but he doesn’t understand anything about them or recognize anyone. So I shall just have to indulge myself when the mood strikes.

THE WONDER OF IT ALL

Aren’t you in awe of the strides that have been made in the world of technology? I am. It never ceases to amaze and thrill me. 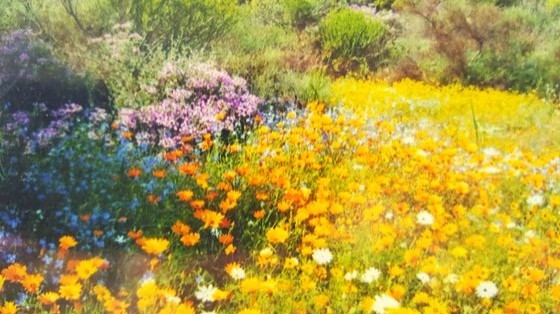 With the click of a button, you can take a picture and then with another couple of clicks, you can send that picture to anyone, anywhere in this wonderful world we live it.

Now I am sharing these pictures with anyone in the world who wants to open their eyes to the beauty of another country.

The at this picture you will be transported to the floral kingdom of the Western Cape.

In Spring the countryside all over the Western Cape and up into Namibia comes alive with this amazing beauty.

People from all around the world come to visit at this time to view this amazing spectacle. Making sure to go out on a sunny day when the flowers are open.

NOW ISN’T THIS BETTER THAN SITTING LOOKING THROUGH SOMEONE’S ALBUMS?

One of my pet aversions was sitting through friends’ home movies and having to make the right noises when the jolly picture is wavering around on the wall, or if they are smarter than that, a screen.

It is so hard to find kind things to say after a while, and one can’t be rude and feign a headache. 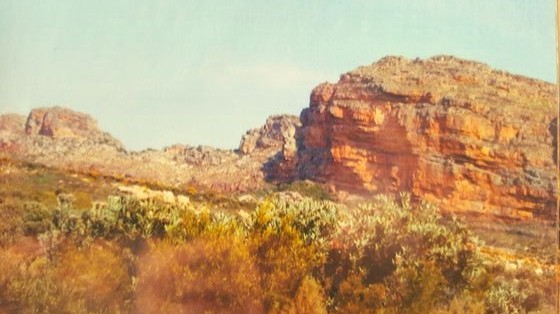 Now if you don’t enjoy the picture show or commentary, I am giving you, you can simply press delete or escape. 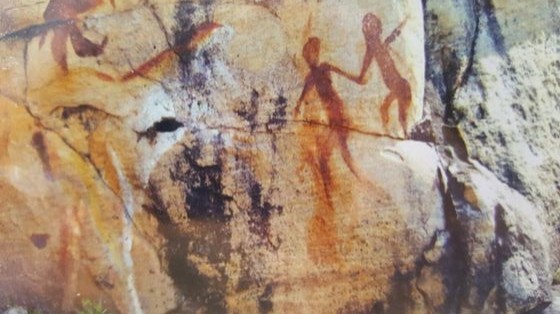 When you don’t have the opportunity of visiting caves with pictures of the animals found in days gone by, here is a picture to show you how it was done in those days.

No mobile phone, laptop, camera. Hard graft and passing on the story their way. Great, isn’t it?

WHEN MOBILE PHONE RUNS OUT OF STEAM

My husband’s lovely camera has now been commandeered by yours truly and I am loving it. Thankfully it is not too complicated. So when my phone runs out of power, I switch it up and move on to the Nikon.

This happened to me when I was at Hermanus for the Hermanus Fynarts Festival. My poor phone worked overtime and eventually I had to return to my accommodation and fetch the Nikon to carry on getting great shots for my blog. 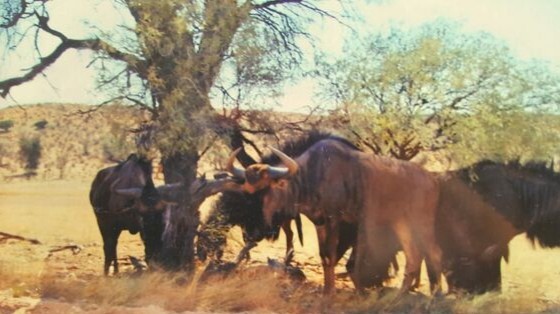 Wildebeest are extremely dangerous, one of the many reasons not to get out of the car when driving in a game park.

When my Dad turned Eighty, we took my parents to the Kruger National Park to celebrate his birthday.

This was a long drive from them, all the way from Cape Town. So, en route, we stopped off at Dad’s sister Myra and her family on the farm in the Transkei for a few days.

It was also Auntie Myra’s birthday. She always said she got a baby brother for her fourth birthday, and that was Dad.

We decided not to stay in the Kruger National Park but rather to stay at Merry Pebbles which is outside of Sabie. It was perfect as the heat in that area can be intense. Fortunately, they have two lovely big swimming pools which we used every day after going into the Park to see the animals. 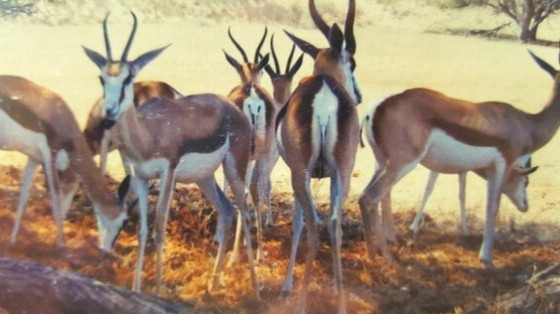 The swim and a beer shandy cooled us off after all the driving, and oohing and aahing about the animals we saw.

It was a trip of a lifetime, and we would not have missed this experience for the world.

By giving my parents the pleasure of going to the Kruger National Park, which they had not experienced before, we also had a marvelous time.

PASSION FOR TREES AND FLOWERS

Since childhood, I have had a passion for trees and flowers.

Perhaps it is the monkey coming out in me. My mother always said I was a little monkey.

She would be busy in the house and someone passing would call out,” come quickly, your baby is up the tree.”

Sure enough, I would be way up in a tree and Mom would have to leave me to get down on my own as she could not stand heights. I was very little at that time.

Thankfully, I had a younger brother who was also mad about climbing trees, and both of us would perform tricks, much to my Mother’s horror.

Eventually, she just gave up on us until the day I was making a treehouse using the wooden pallets our furniture had been packed into when we moved up to Zimbabwe.

Yes, they used wood then, not cardboard as they do now. The pallets were such fun for us to make things out of.

Anyway, I was trying to tether a rope to a nail on the corner of the pallet, when it tipped and I landed on my head, underneath the tree, and passed out. 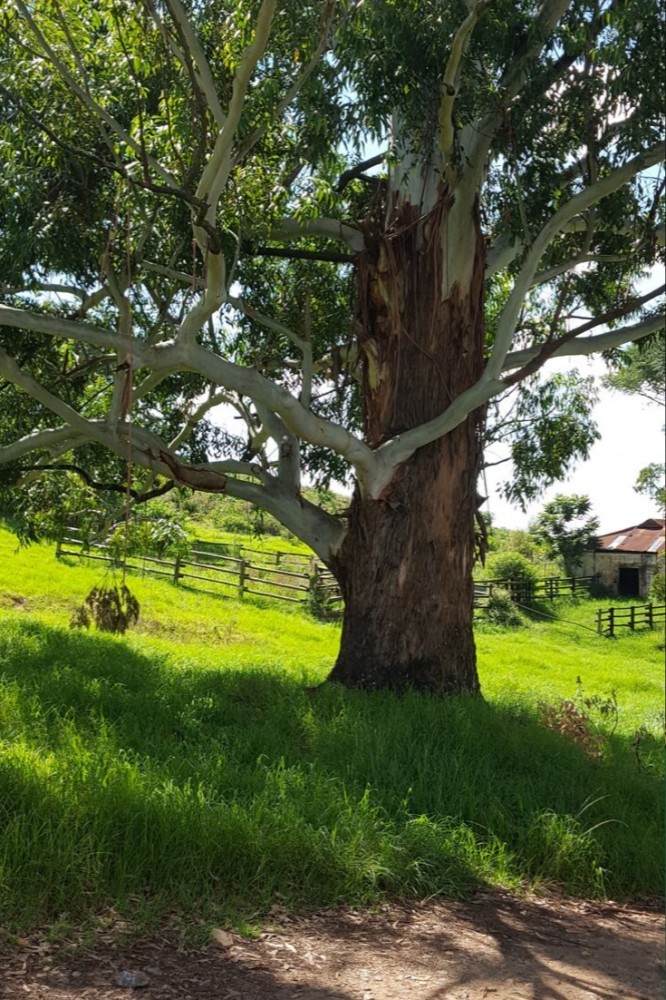 What a lot of consternation that caused! We all got over it, thank goodness. 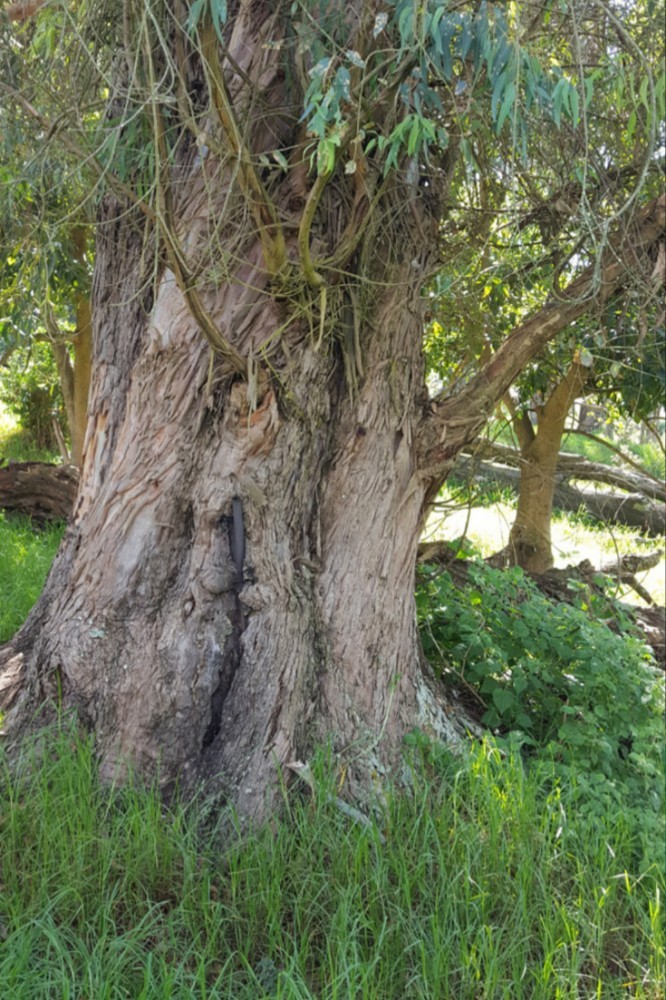 Now just look at these beauties. Who can resist them? 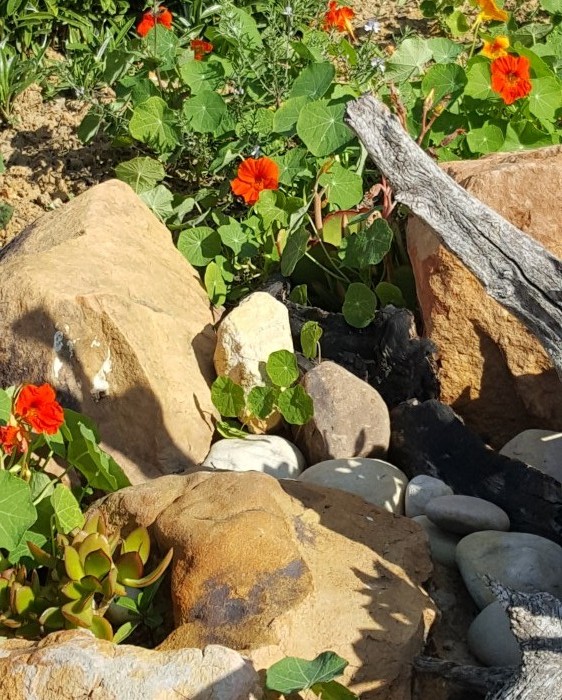 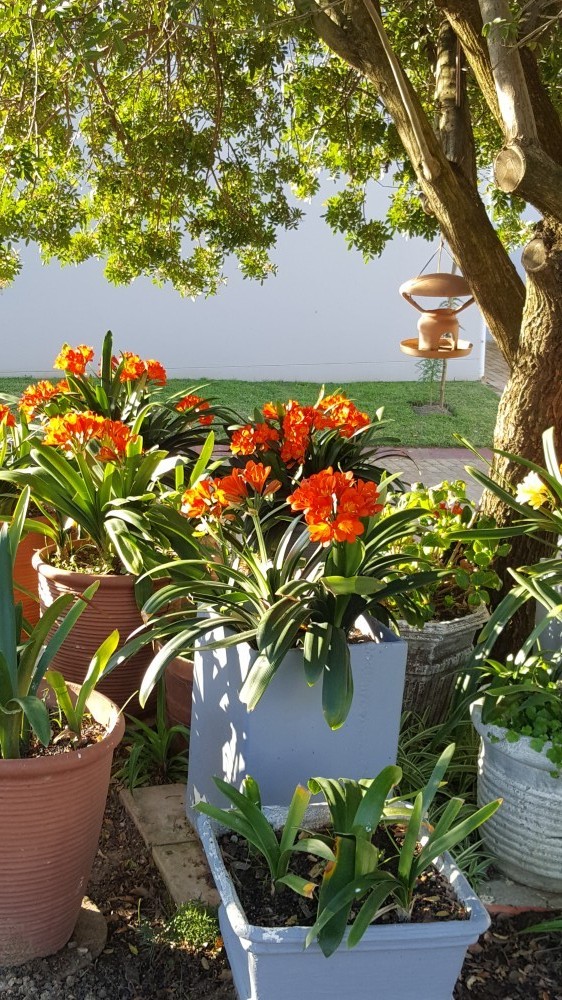 Both my parents instilled the love of plants in their children, especially the girls. I think my brother was put off as he helped with the cutting of the lawn. It was not something my Dad expected his daughters to do.

Strange thinking in those days, especially as I played more with my brother and his friends, in the bush than with my sisters.

Imagine thinking that girls should not mow the lawn. How things have changed.

There are many gardening chores that I have done and still do, which would horrify my Dad.

If you want a great garden there are things that need to be done. Whether it is collecting rocks and building a rockery, laying a pathway, digging a river and pond. All good exercise and rewarding work.

Certainly, now that I am a little older, my son is a great help to me with the heavy work.

It has been lovely visiting my sister-in-law in Riebeek Kasteel at the retirement complex and seeing the changes to the gardens.

One of the newer residents, Chris, has taken over the gardens and they are going to be spectacular. Years ago I took my Garden Club out to see some of the gardens there, but when Chris is finished and they have time for the plants to grow, we will have to organize another trip.

They are going to be truly lovely. There are still a few of the gardens to be done.

The people living in the cottages are so thrilled at the changes as this is all getting a bit too much for them to handle. 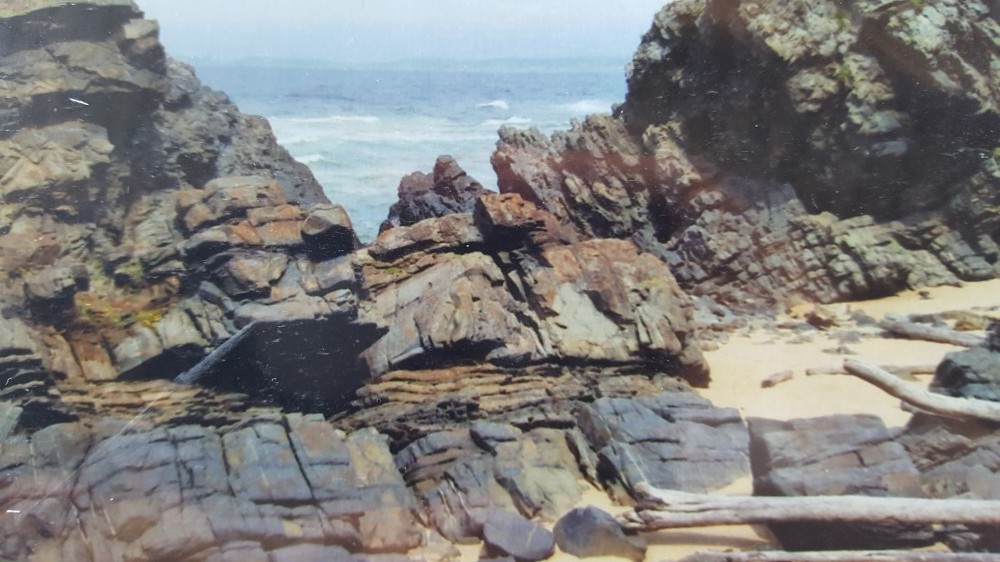 It doesn’t matter where you go to, make sure you have plenty of power left in your mobile phone or take along a camera.

You just don’t know what beauty you will find just around the next corner.

Please don’t think they are just for selfies. 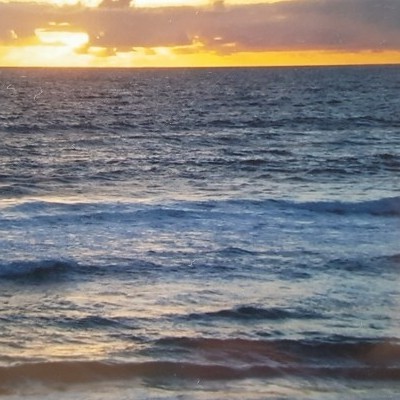 The wonderful memories your #beautifulpictures will evoke makes it well worth any effort you may go to.

MAY YOU TAKE TIME TO MAKE MANY AMAZING MEMORIES – AND MAKE A PICTORIAL RECORD TO ENJOY.

A very special thank you, to my sister-in-law, Hazel. Some of these gorgeous photographs came from her many caravan trips with her beloved, late husband, Attie.